Practice in Tropical World at Alcorns

Wildlife photography is something I’ve loved for a long time, but up until recently I didn’t have the equipment necessary. A couple of months back I decided that I’d invest some money into a new lens specifically to be used for shooting wildlife.  I wasn’t about to drop thousands on a 300mm prime so instead I did my research and came across the Sigma 150-600 f5.6 – 6.3.  Most of the reviews were saying that it’s the best budget variable zoom lens money can buy and at only £700 you couldn’t go wrong – so I was sold!

Coming from someone who normally shoots static subjects such as landscapes,  I knew this was going to be a steep learning curve because I know absolutely nothing about wildlife or wildlife photography.  Do I use a tripod? Should I shoot wide open? Do I shoot at a high ISO so I can get faster shutter speeds?  What will I shoot?  Where will the wildlife be? I had and still have loads of questions with no answers.

I’m lucky to have so many nature reserves all within a 10 miles radius of where I live, but as I’m still an absolute NOOB when it comes to this kind of photography, my learning curve is very slow.  I needed somewhere I could go to actually shoot images rather than just waiting for that small chance.

Finally on Saturday past, I had the opportunity to go down and to see what they had to offer.  I made a quick phone call down to the guys to see if the place was wheelchair accessible and if they had any policies in regards to people bringing DSLR’s and the guy on the phone not only reassured me this was fine, but had encouraged me to bring it due to a photography competition they run every month where you can win a family pass. To be honest, I think it’s more a case of they’re getting high quality images for their website and social media without having to pay someone to come and do it – not that there’s anything wrong with that!

My girlfriend Georgie was there years ago and had managed to get round the place in about 20 minutes or less, so my expectations of what to expect had just been set extremely low! 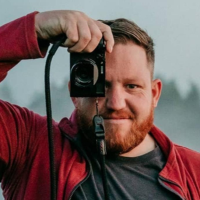